Today, on June 12, authorities in Lam Dong province transferred a horse bear that had been kept for about 18 years to the Cat Tien National Park Rescue Station (by the Free the Bears organization). manage). Within a week, this was the second local bear to be transferred voluntarily. Earlier, on June 6, a horse bear was also received and transferred to Free Rescue. 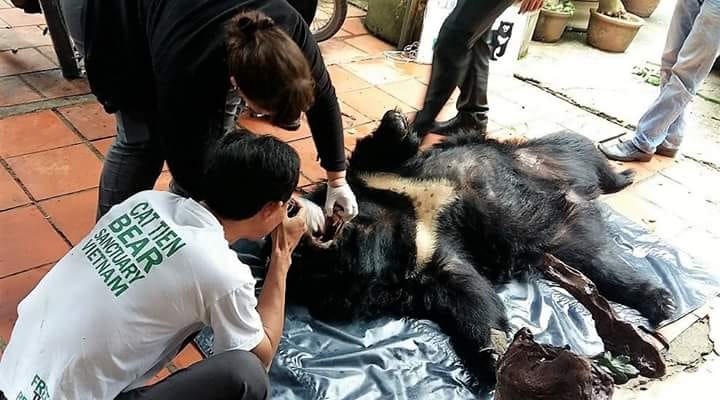 These successive transfers show the efforts of the Government as well as conservation organizations such as the Nature Education Center (ENV) and partners in promoting the end of bear farming in Vietnam. Male. ENV highly appreciates the positive work of forest rangers in Lam Dong Forest Protection Department in persuading and encouraging households to keep bear bears voluntarily transferred.

With two bears transferred, this month Lam Dong has 6 bears left in captivity. The authorities and organizations are continuing efforts to advocate for the transfer of the remaining 6 bears, soon making Lam Dong the next locality in the country to be a place where bears are no longer kept.

Earlier, this year, the last captive bears of Can Tho and Ninh Binh were also voluntarily transferred to rescue centers. The "destination" of Ninh Binh and Can Tho on the way is no longer confined, and the efforts of many other localities such as Lam Dong are positive signs that Vietnam may soon end farming. Confine bears in the near future. As noted by ENV, there are currently 22 provinces without bear captivity.