On June 26, the police of Ha Tinh province said that the Environmental Police Department (PC49), Ha Tinh province's police, had prosecuted a case of violating the regulations on protection of endangered, precious and rare animals to investigate the case. discovered turtles, pangolin, tortoise on bus 37B-021.12 running Lao-Nghe An route. 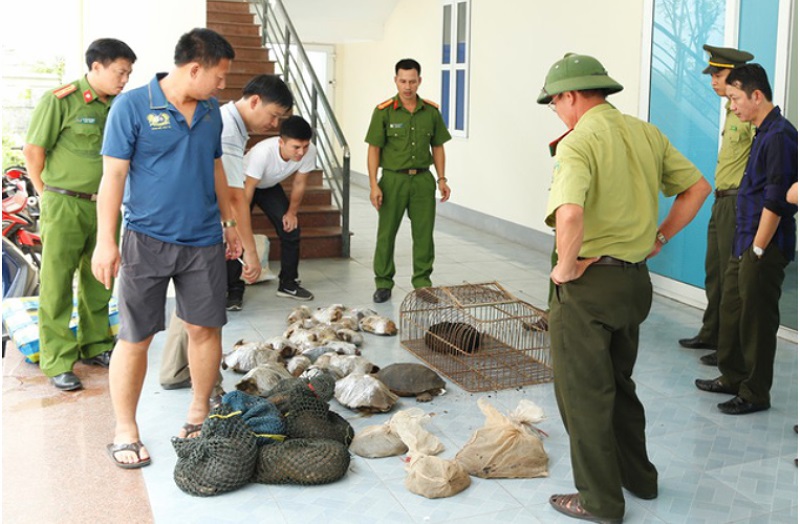 Thereby discovered in the tunnel located under the middle row of seats in the first row and in the refrigerator of passenger cars containing seven individuals pangolin animals (total weight 28 kg), 26 individuals of turtles (weight 34 kg) , four turtles (weight 4.8 kg).

The Institute of Ecology and Biological Resources of Vietnam assessed and concluded that the number of pangolins was the Javan pangolin (scientific name Manis javanica) in the list of endangered precious and rare species prioritized for protection.