The number of pangolins has been "stuffed" in cars

Previously, at around 1:30 am on July 9, Hung Yen Police Department's technical and technical working group learned about the car carrying the BKS: 38C-7586 carrying wild animals moving through the Me ferry area. Department, Van Giang district.

Detecting the arresting police force, the driver of the vehicle accelerated and crashed into 2 cars of the police force, causing all three vehicles to be badly damaged. 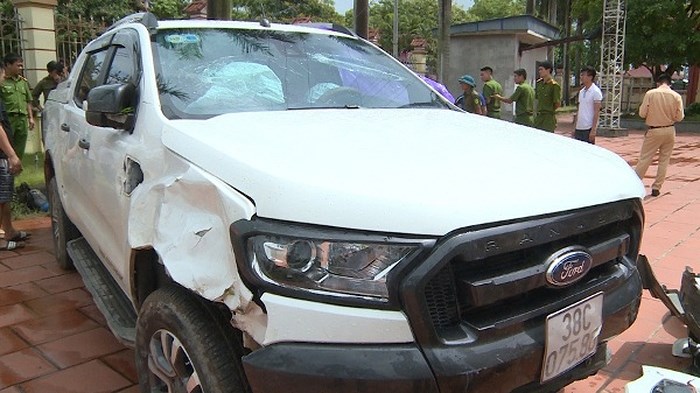 Object cars thrown at the scene

Taking advantage of the dark night, the subject abandoned the car at the scene and fled. Searching the subject's cars, the police agency seized 116 pangolin individuals weighing 530 kg and many fake control signs. Police agencies are urgently carrying out verification, arresting illegal transporters of pangolins, continuing investigation to expand the case.