After 10 days of receiving information from the Vietnam Natural Education Center about a household supposedly raising bears illegally, Nghe An authorities conducted an inspection to find only chickens in the pen. 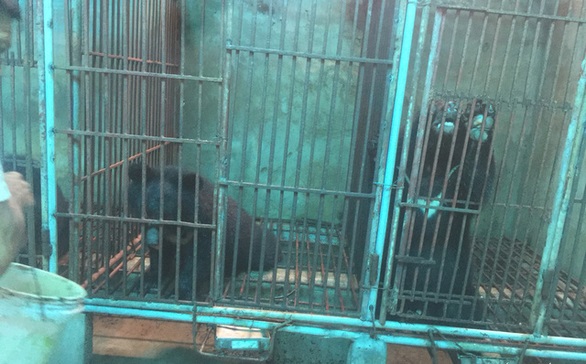 Pictures of two bears kept in Mr. C.'s house were collected by ENV

The number of illegal bears was determined by this organization as having no papers proving their lawful origins and not registered with state management agencies or attached with chips as prescribed.

The next day, September 19, ENV came directly to meet and transferred all information about the captive farmer's name, specific address, video and documents, pictures proving the behavior of capturing bears to industries. Nghe An function.

On September 27, the environmental police force of Nghe An province conducted inspections at two legal bear captive facilities (registered with the authorities) in Quynh Yen commune, without checking the area. points that ENV provides.

On the morning of September 29 (ie, 10 days after the initial news), the environmental police and ranger forces and local authorities conducted inspections at the locations provided by ENV but found no signs of violations. law.

Examination results at Mr. C.'s house only showed that he had 2 chickens, 4 deer and a few dogs. 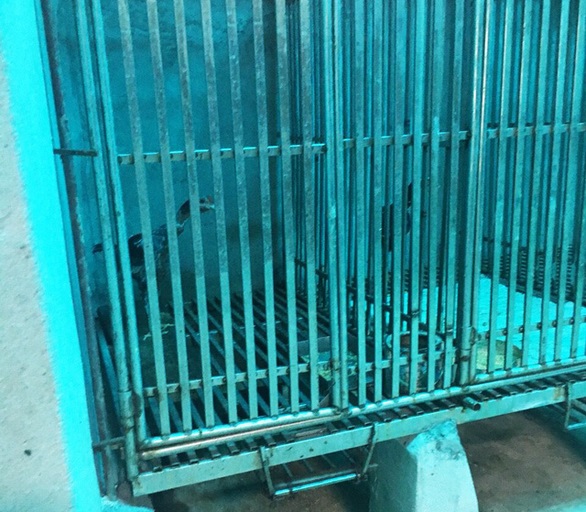 When Nghe An functional forces came to check, in the cage the shape and size were identical to the bear cages in the video provided by ENV with only two chickens.

Test results show that Mr. C.'s house has two bears, but these are all bears with a management chip. "There is no illegal bear raising," Mr. Cuong said.

"Verifying and providing accurate information to the authorities to thoroughly tackle wildlife violations takes a lot of time, effort and even in some cases can be dangerous. It is very dangerous for individuals and organizations that are not law enforcement agencies like ENV. With the above test results, we are very disappointed, "said Ms. Nguyen Phuong Dung - ENV Deputy Director.